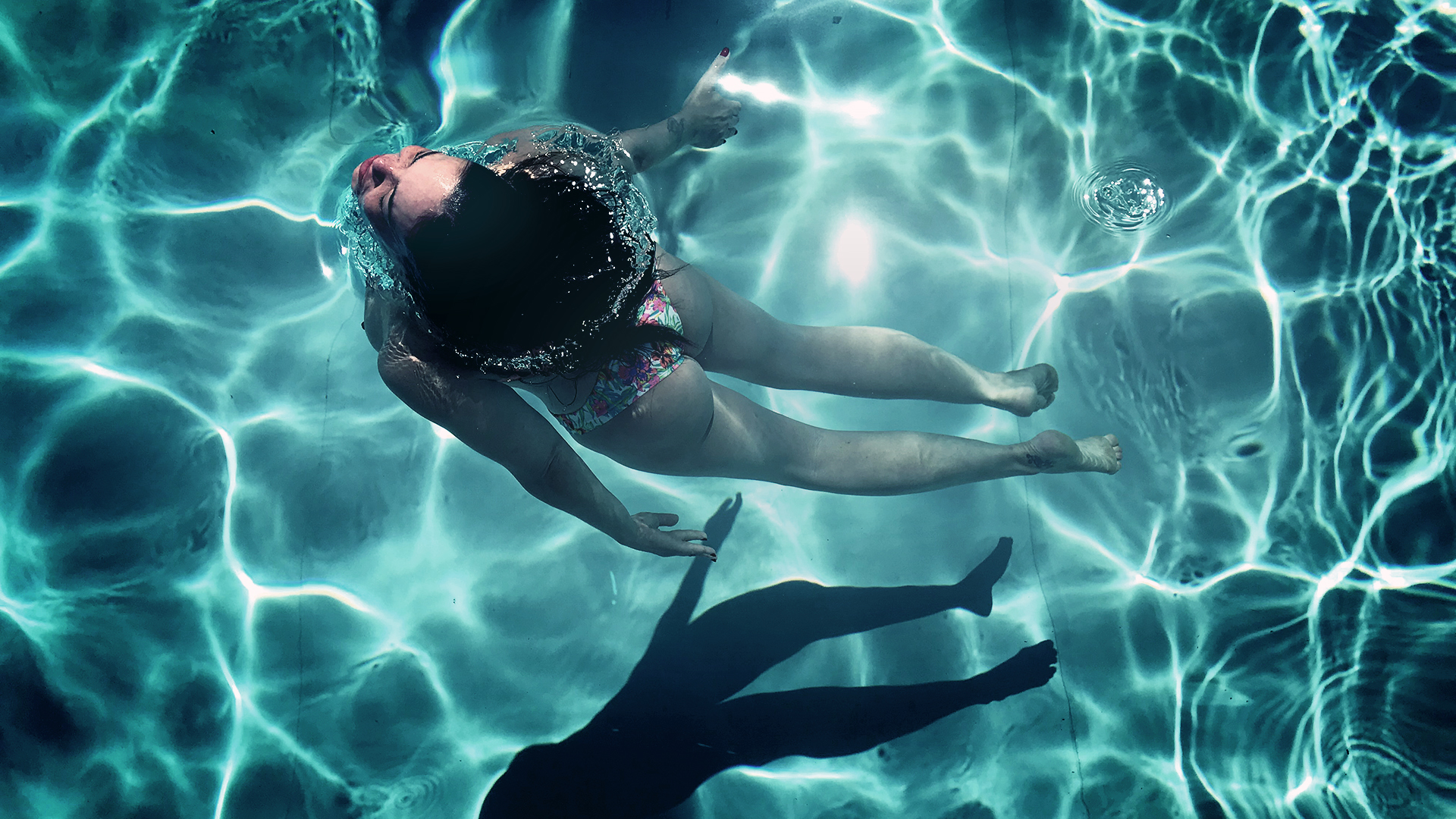 I swim, therefore I exist

From the moment I came to life, I have been living submerged in deep waters.

I flow naturally from within to without and back again, as if I were an escapologist performing illusions.

I adapt to the passage of time and carry out my daily chores and jobs, while only partially understanding that life is limited, specific and strictly defined within space and time.

It may not always appear to be the case, but I never learnt to walk. I only ever learnt how to swim.

Which may be why this period of seclusion, enforced upon so many of us, may actually have been a blessing, a relief and a respite for me. A space in which I could indulge in the deep immersion I have always craved.

It has now been more than 60 days of almost complete isolation, and I am beginning to feel the urge to look back upon some of the experiences that these moments of solitude have brought.

Released from my daily chores, these extended days of quarantine have allowed me to explore, improvise and toy with the notion of being, and staying, in the prison of my aquatic and elusive personality. It felt comforting to live so slowly within myself, but only because I allowed myself to do so, without raising my expectations. The intuition I clung onto was fed by a silent and shy radar that is normally drowned out by the hysterical screaming of my rational voice, and understanding this has allowed me to fish for alternative forms of survival, which I’ll now know to reach for once more, should reality ever drown me again.

How will I ever learn to trust my ability to sense what I need if I don’t stop forcing the direction of my vital life-compass?

In the same way that I can’t possibly hear what others are saying if I don’t let them talk – a perennial defect of mine – how can I hear my own voice if I am forever tuned into the frequency imposed on me by the outside world?

In these days spent living inside the only place I feel genuinely at home – my body – I have learnt that to truly hear myself means doing so much more than sitting in the lotus position with my eyes closed for half an hour. By listening to myself with curious honesty I can move beyond the feeling of being a witness to this temporary inability of mine to act, without – for example – always feeling the need to search for a solution to what might not, after all, be a problem. I can merely acknowledge who I am, without the need to understand it, alter it, or justify it.

And listening to myself also means observing myself. Watching myself wander from fantasy to reality, or from fantasy to fantasy as sleekly as a swordfish who doesn’t need to emerge from the sea in order to fill its lungs with air.

Just a kind, neutral, suspended observation of my feelings, sensations, emotions, thoughts, or desires, brings me back to my centre. The specifics of what had been occupying my attention now unimportant. What has been important, these last few days, was the ability to notice the way in which my humid attention was occupied. What has changed is the pace of things, and it is the pace of a thing that reveals its true reason for being.

By triggering my desire for a necessary dose of isolation and poetic self-inoculation, I have discovered that observing oneself is very similar to loving oneself, and that doing so feels not only right, but necessary. Since staying at home became my new routine, I have managed to observe myself for hours, without feeling guilty about it. For more than 60 days I have been able to be with myself for more than two seconds a day and have discovered a serene joy in my own company.

I was able to watch myself as though watching a cat, from a distance. And I became aware that it is precisely at this distance that the privilege of observation can be sustained. Metaphorically, observation is pursuing me, as I try to learn as much as is humanly possible from it.

On the whole, as a person, I am no more obsessed with productivity than so many others are. Yet, like them, I judge myself according to what I have been able to complete within every 12-hour rotation. I do this without realising that almost all my productivity relies on what I don’t see or understand but, despite this, it happens anyway.

And everything that happens to me whilst I am on autopilot, dissolved into reality, or when I have succeeded in silencing myself as a subject, defines me as much as who I am when I feel I have the right to exist while under the influence of a solemn pro-activity. And yet here I am, today and every day, attempting to give practical meaning to my life, trying to put into words what it has been like for me to be removed from the routine I had until March 17th this year, the last time I went into town to carry out what was my usual work as a model in an art studio. My last day of what could be considered an ‘unconventional’ job, as part of my ‘very conventional’ routine, was spent surrounded by human beings wishing to create art through observing a living object, which in this case was me, armed with nothing but oil paints, brushes and aspirations.

So I ask myself, what could be more artistic than improvisation?

What could be more creative than this opportunity to see the day as a blank canvas, or sheet of paper on which no word has yet been written?

Every day of my life, since that last day of working face to face in a world we all thought was reality, has been an opportunity to trust, grow and create, to dwell on my own need of living whilst being afloat or, failing that, floating amongst sensations, desires, projections and memories.

And so, if swimming the hours away in an ocean, that may well be a fish-bowl, is my forte, then why continue to wander through the hostility of a reality, whose aridity I do not like, or that does not sit well with me?

Far more concrete things have happened in my life since the beginning of quarantine than I could ever have imagined, especially in the field of committed and independent creation. But what I notice most of all when taking stock, are these peaceful surroundings, from which I have rediscovered the meaning of the pause as a way of taking the type of action that never ceases, nourished by this illusory suspension.

The natural tendency during times like these, long introspective impulses, is to generate actions that fill the void. However, I think the further we distance ourselves from this automated action, this need of constant, accountable and continuous productivity, the more we reconcile ourselves with the miracle of just being and staying, for the sake of the sheer beauty of just being and staying. The more I am alone and removed from the art of living restlessly, the more throbbing I become, and the less palpable and tangible I feel.

I don’t quite know how I saw myself before, but today, after endless days of ‘going from the bedroom to the living room’ – as Argentine rock star Charly García used to sing – and being at ease with my own confinement, I see myself as a sieve for my fears, a dream catcher and a cotton-cloud baby mobile. I see myself as a fish that won’t drown in a half empty glass, an ice cube melting under the unrelenting and all embracing fire of a sunny day, or a ray of light filled with dust particles resembling a hail storm of stars. I see myself as someone filled with doors and bedrooms I want to explore, not necessarily to understand or judge, but to almost always inhabit. I’m made of holes through which the best of intentions escape and through which other people’s bad habits also pass. Holes that are uncomfortable, yet non-negotiable.

Please don’t misunderstand me – these days of uncertainty, pause and self-exile have not only been about wallowing in my old sorrows in a gratuitous or depressing way.

I have also undoubtedly discovered that having the time to lick my wounds will always be a privilege and never a punishment.

Where there is water there is life, and where there is life there are tears, as canoes venturing out on journeys with no final destination and nowhere to return to. Right now I can’t, and don’t want to solve anything. In this very moment I am swimming in the waters of who I am when nobody is watching.

In this minute, with time suspended within time itself, I am immersing myself into the oceanic depths of life, and will, some of the time, stay afloat. That is all.

I don’t even want to know why it is, although I lack nothing, that sometimes I feel I will run out of days, that one life will not be enough to navigate the pathway to my own self-conquest. Perhaps it is because I am currently connected to my inner home, like someone who is exploring the precious wreckage of a submarine, buried at the bottom of the sea – full of rust on the windows, shifting algae preventing you from seeing your own shadow.

In the silence of these days in which we are paused, I seek the necessary will to believe, to create and to listen to myself breathe bubbles under water. Nothing seems all that different, yet everything is changing.

I allow myself to be swept away by the clean waters of the cosmos. I flow, therefore I exist. 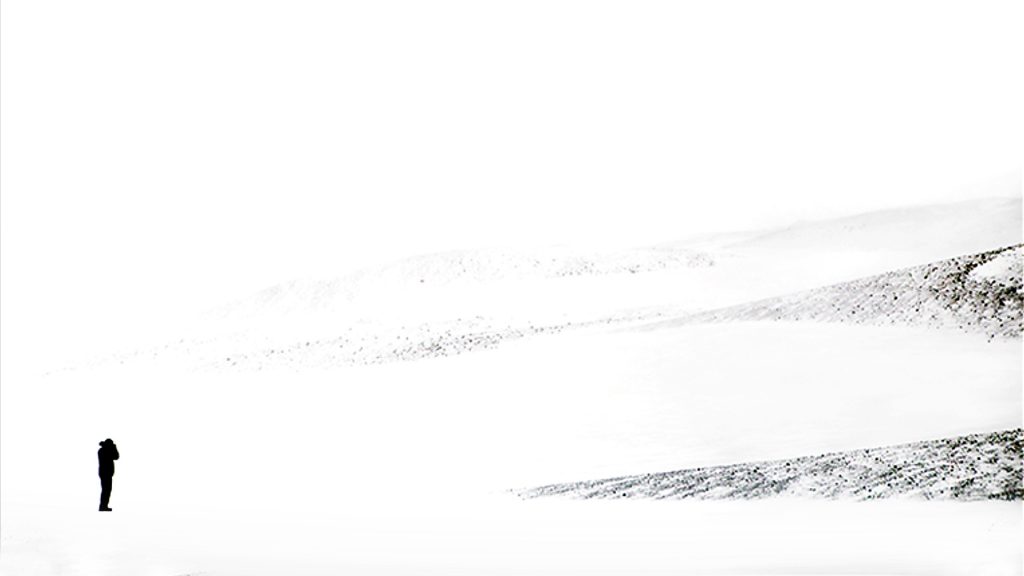 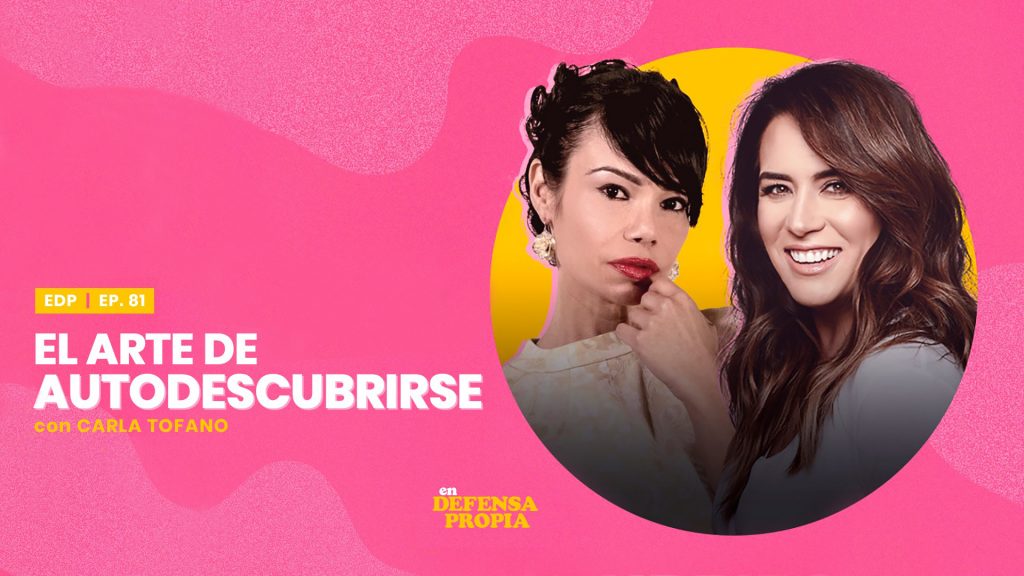 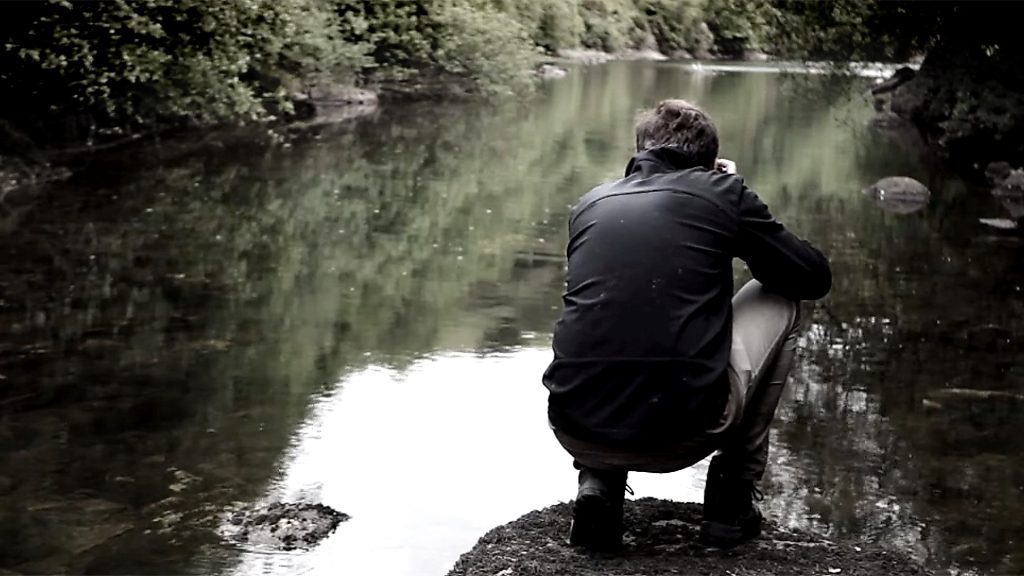 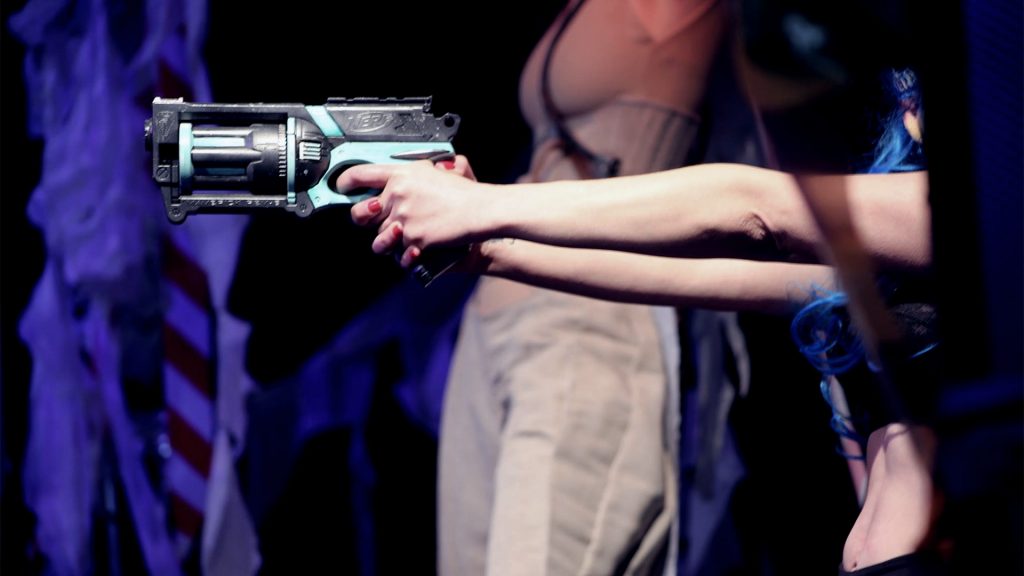 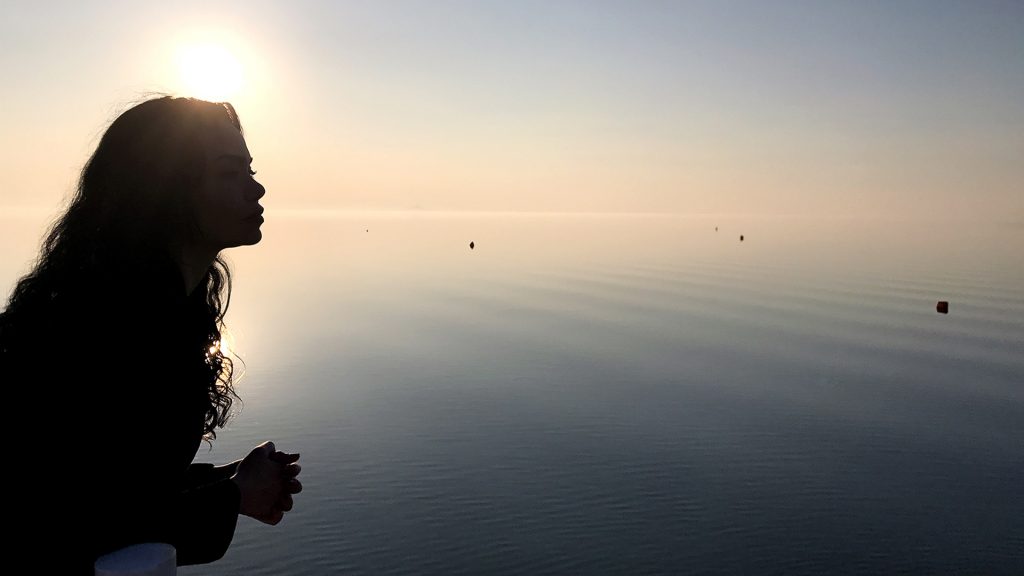